I'm sure everyone else knows this info, and I'm embarrassed to ask… 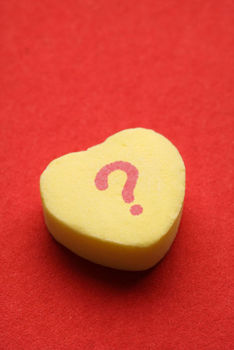 …but  if I don’t, I just sit here in the dark, muddling, and I hate that.
Oh, please don’t do that!  You’re the brave one who is willing to ask.

Would you explain a little bit what you mean by  web 2.0 technologies and the “wonder of social networking”
Web 2.0 is a term that loosely defines a whole group of changes in the internet that started to happen a year or more ago.  It’s a change in the way the internet works and lets people interact online in ways like they can on facebook; having discussions, groups of people commenting, some of the things like only part of a page refreshing.  It lets you see things happening in real time.  It has a lot more to do with how things work behind the scenes.  Think of it in terms of live theater; you may see Peter Pan fly across the stage and not know how it happened or how many people did what.  But you know it’s cool!

Social Networking is another broad term and it really refers to the same thing.  It could mean a blog, which is like a running journal of a website.  It could mean twitter or facebook or youtube or myspace.  It could mean review sites like tripadvisor and yelp.  The thing they all have in common is that people can access them through computers, cell phones and other devices and interact with one another; it isn’t just the website doing all the talking; you can leave comments, have discussions, etc., in real time if everyone is at a computer.

Social Networking then, really refers to the act of interacting with others online; it is the online equivalent of a cocktail party or a women’s tea or the gang going out to dinner or a staff meeting.  It’s people getting together, in real time, interacting, just not literally standing next to one another.  Web 2.0 is the name for the technology that makes it happen.

Why it is important to your marketing plan is multi-fold.  First, it lets us put information in front of people without their coming to you.  We don’t have to send them an email to tell them what’s on your site; they sign up for RSS and get notified when something changes.  They go on facebook and get the inside track of information.  They go on YouTube and see video of your product/service.  If you aren’t there, they look at someone/somewhere else.

Also, the search engines are changing all the rules and using a presence on these social networking sites, and having social components to your own site, important to stay in their search results.

Also, more and more people are surfing the web from their phone instead of their computer, so if we don’t use web 2.0 to make our site easy to read on a cell phone, we lose them.

I could go on and on, and I will if you like.  I don’t want to overwhelm you but do want to help you understand.  So keep those questions coming!